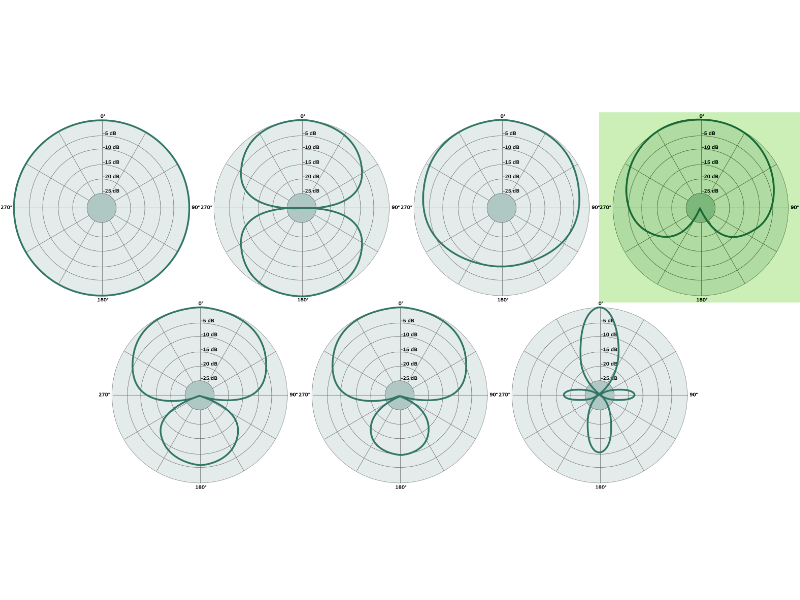 A microphone’s polar pattern is a way to display its directional sensitivity. There are some microphones with fixed patterns, while others can switch between quite several different patterns.

The pickup angle for the cardioid polar pattern is generally 131°. This makes the pickup angle for this pattern quite wide. One of the reasons this is quite useful is because it can accommodate two singers or presenters who wish to use the same microphone. Back-up singers who want to share a single microphone may also use a cardioid microphone. One of the other perks of the cardioid polar pattern is the great feedback rejection.

But that’s not all, the 131° polar pattern also means broadcasters who sing or talk while moving their head can benefit from using it.

What can I use a cardioid microphone for?

Using a cardioid microphone is a no brainer when you are to record vocals. This is because it virtually records everything that is pointed or talked into it, and ignores almost everything else. So, it is an obvious choice for voice recording. But that’s not the only application where it excels, the following are good applications where it excels too;

Cardioid polar pattern microphones excel when they are used on stage. When sound comes from all over the stage, a cardioid microphone is ideal for maintaining isolation and also preventing feedback.

Of course, technically, a drum kit is “a single instrument”, but then, it consists of a large number of various parts or individual instruments, all very close to each other. Isolation may seem impossible, although it can be done. With well-selected cardioid microphones and some creative positioning, you will be amazed at the level of separation you can achieve, even before you apply any kind of gate.

Cardioid microphones also do well in rooms with poor acoustics. These microphones can do wonders to minimize the effects of room reflections.