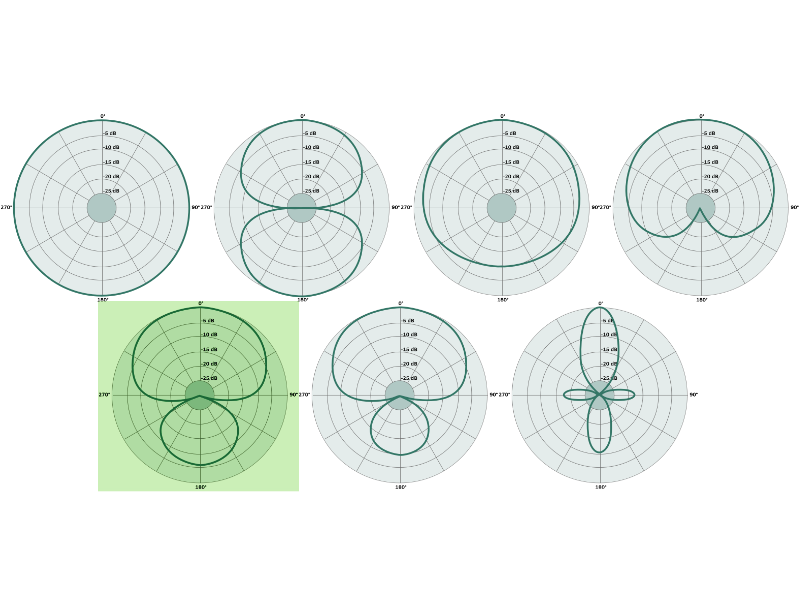 Polar patterns describe how microphones pick up sounds. In particular, it describes the sensitivity of the microphone to sound waves as they come from different directions. The directional or polar pattern characteristic of a microphone should be a very important consideration in determining whether a certain microphone is a right or the wrong choice meant for a particular application or situation. Therefore, it is important that sound engineers or fieldrecordists know what the different characteristics are, how they work, and also, in what situations they should be used.

What is a hypercardioid microphone?

The hypercardioid pattern is obtained in a similar way to the other unidirectional cardioid polar pattern. i.e. the cardioid and supercardioid patterns. This is done when a carefully designed rear acoustic labyrinth that balances the timing of the sound waves hits the back of the microphone diaphragm.

When two cardioid patterns are superimposed, both rid of the cardioids rear null point and replaces it with a lobe of sensitivity. Also, the side null points of bidirectional patterns are moved toward the rear or back at about 110° and 250°. The result you’d get is something like the hypercardioid pattern.

It is pertinent to note that when the diaphragm of a microphone experiences the same acoustic pressure at the front and rear, it will not move, therefore it will not produce a microphone signal. This is from where the “null points” in the polar patterns are derived.
Null points are established at 110° and 250° on Acoustic labyrinths of the typical hypercardioid capsules.

What can I use a hypercardioid microphone for?

The following are the best applications for hypercardioid microphones

Pros of the hypercardioid pattern

Cons of the hypercardioid pattern