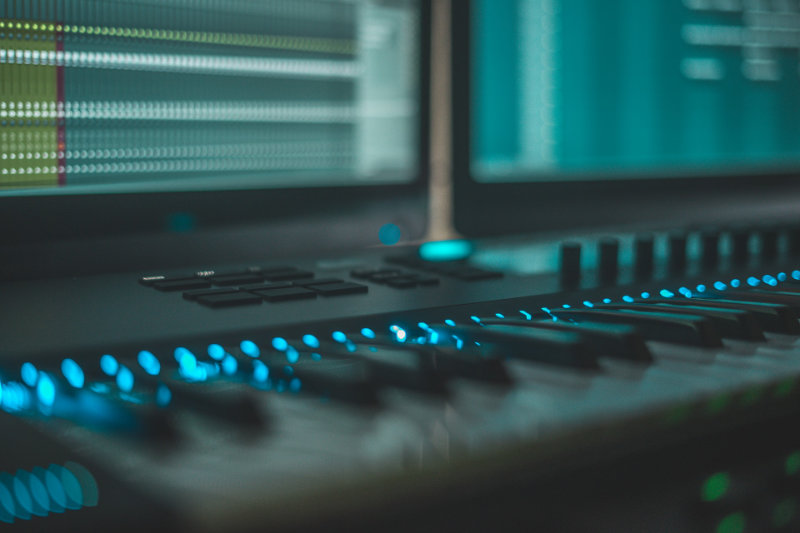 Sound effects (which are also be referred to as audio effects) are sounds or audio that have been artificially created or enhanced. It is used to emphasize and highlight artistic or other contents of films, television programs, live shows, video games, animations, music or the other numerous media. These sound effects are usually created with Foley.

So in the production of music, videos or anything having to do with media, there is a need to use the right sound effects, as well as the right sample to get the right pitch and tone, connect with the listeners and pass the desired message.

Sampling and its History

A sampling of audio/music is different from what sampling is in other fields like in science or statistics. In music, it is simply reusing a portion or part (or samples) of an audio recording in some other recording. Samples may be a rhythm, speech, melody, or some other sounds. These samples are usually integrated with the use of a hardware (or samplers) or software like digital audio workstations (DAW).

The first usage of ‘sampling’ techniques

Something similar to sampling was first used around the 1940s with musique concrète, experimental music produced by looping, manipulations, and intersection of tapes. The term or word ‘sampling’ was first used in the late 1970s by the creators of Fairlight CMI. That was an influential pop music sampler in the early 1980s. Then there was the release of Akai MPC in 1988. It was made accessible to a wider audience as a sampler that was affordable and had an intuitive interface.

The birth of the real ‘sample’

The designers of the first samplers used the word ‘sample’ to show the technical process of the instruments instead of describing how the users are to use the function. The name as earlier stated was invented in the late 1970s, and the originators were Kim Ryrie and Peter Vogel. During the development of Fairlight, Vogel recorded only a few seconds of the sound of the piano from a show on radio and he discovered that he could somehow imitate a piano if he played the recording of the piano sound in different tones/pitches.

By the time he had finished, the sound he got remarkably sounded like –of course, a real piano. Before then, that had never been done. Although, if we judge by our standards today, that must have sounded horrible. But as at then, that was a very wonderful piano sound –at least, more of a piano sound than anything a synthesizer had produced. so they realized they do not have to worry themselves much about the synthesis of sounds from natural sources. All they needed to do was to collect the sounds of the natural instrument and off they go.

When compared to subsequent suppliers, what Fairlight offered was limited in terms of control over the samples. What it allowed was only control of the pitch and the envelope. And also, it could only record a few seconds of sound. However, sampling has now become its most popular feature. Although the idea of re-using samples in larger recordings was not new, the Integrated Sequencer and Design from Fairlight have simplified the process. Those who used the process in its early state include Todd Rundgren, Kate Bush, Herbie Hancock, Thomas Dolby, Peter Gabriel, Duran Duran, Icehouse, and Ebn Ozn. Fairlight was the world’s “first sampler which really had a change in the world”, According to The Guardian.

Fairlight has inspired competition by improving sampling technology and then going on to lowering of prices. The first competitors were the emulator E-mu and Akai S950. There were drum machines like the Oberheim DMX and Linn LM-1 which began the incorporation of real drum samples instead of the usual generation of sounds from circuits. The duration of the sample length increased if necessary –in response to demand. With only a ten-second sample duration and a characteristic “grainy” sound which was introduced in 1987, the E-mu SP-1200 was widely used by the East Coast hip-hop producers, in a period where hip hop was at its golden age –during the late 80s, and early 90s.

In 1988, the first Akai MPC 60 sampler was released, allowing users the assigning of samples to different pads and also trigger them independently, just like playing a keyboard or a drum kit. This has had a significant impact on the development of electronic as well as hip-hop music. It has allowed artists to create songs and tracks without the use of other instruments, no studios, or formal musical skills. The following video shows you a brief history of the MPC 60.

Today, most of the samples are recorded and edited on digital audio workstations like Pro Tools, Fruity Loops, Cubase and Ableton Live.

Sampling audio is one of the foundations of hip-hop music. Producers are often sampling soul and funk records, especially drum breaks that are then rapped over. Musicians every now and then create albums composed exclusively from samples, for instance, the album ‘Endtroducing’ by DJ Shadow (in 1996). This practice has influenced all the genres of music and it is particularly important for what is known as electronic music –hip hop as well as pop.

Unauthorized sampling or the usage of audio effects without permission may violate copyrights (so you need free audio sites to create or download good sound effects and samples). The procedure for obtaining approval to use a sample is called clearance. It is somewhat a complex and costly process. There have been landmark legal cases regarding the use of samples. For instance, the Grand Upright Music, Ltd. vs. Warner Bros. Records Inc. case in 1991. These have changed the way people use samples. The court in its ruling insisted that unlicensed use of samples was a copyright infringement. Consequently, the use of samples from unknown sources are often and prohibitively expensive.