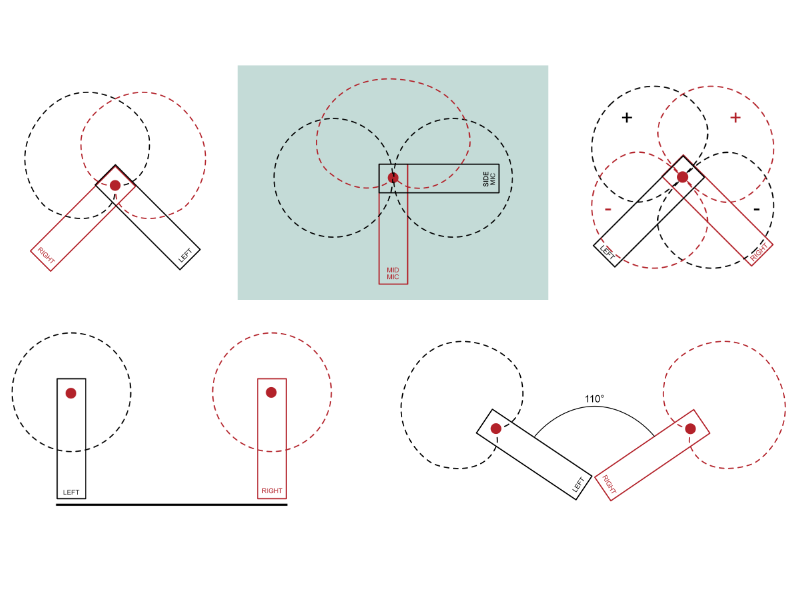 Look for a more complex but flexible method for recording stereo sound?

M/S Stereo Recording technique is here for you. Unlike standard miking systems, the technique offers dramatic benefits, including recording with more variable width.

What is M/S Stereo Recording Technique?

Mid/Side (M/S) Stereo Recording shares its roots from 1954. Holger Lauridsen, the head engineer of the R&D department at the Danish State Radio, introduced this technique during his research about spatial audio.

The technique allows you to use two mid mics and place them as close as possible to each other so that a stereo image is produced by differences in loudness.

What are the applications of the M/S Stereo Recording Technique?

Moreover, we see extensive use of this technique in broadcast because of the mono compatibility of recorder M/S tracks. Furthermore, it makes an ideal choice for live recordings along with its popularity for studio recordings.

How to record sounds with the M/S Stereo Recording Technique?

The method involves two microphones; one is the cardioid microphone, while the other is a figure-of-eight or bi-directional microphone. They are also known as the mid-channel and the side channel, respectively.

After that, you have to decode the recording.

How does decoding work?

This method picks the bi-directional sound and inverts its phases. It copies it to a third channel. the, you get three channels of audio, which are as follows:

You can simplify the process by using software (DAW) for automatic decoding. If you can afford an audio editor, it is your call.

How does the M/S recording sound?

This complex recording technique offers surprising results. It offers different widths and you can raise or lower the sides, which makes the stereo recording feel wide or narrower.

Pros and Cons of the M/S Stereo Recording Technique

Check out this shot video about the M/S stereo recording technique: